The Electro-Governance Group is united in its focus, but encompasses diverse research interests and methodologies, our initial activities will focus on facilitating interdisciplinary communication.  The EGG wishes to be as inclusive as possible, and to involve full and part-time faculty/lecturers as well as graduate and post-graduate students who are either actively conducting research in electronic and information governance or have done so in the recent past, as well as those who are supervising student research in the relevant areas (but who may not be publishing research themselves).

Dr. Anabel Quan-HaaseAssociate Professor in the Faculty of Information and Media Studies (FIMS) at Western University.  Dr. Quan-Haase’s research focuses on the effects of social media and digital technology on social/collective and individual behaviour.  Her publications include Technology and Society: Social Networks, Power & Inequality (2015) and she had published articles in journals including The Bulletin of Science, Technology & Society (2010), Information Research (2011) and Triple-C (2012). 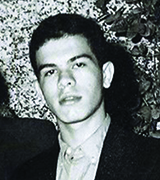 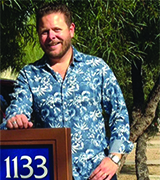 Dr. Benjamin Muller
Associate Professor of Political Science at King’s University College & The Centre for American Studies at Western University; President of the International Studies Association of Canada.  Dr. Muller’s research focuses on critical security studies, surveillance, borders and borderlands.  His publications include Security, Risk and the Biometric State: Governing Borders and Bodies (2010) and articles published in journals such as Security Dialogue (2008), Studies in Social Justice (2009), Citizenship Studies (2010) and Geopolitics (2011). 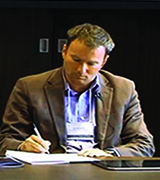 Dr. Dan Bousfield
Assistant Professor in the Department of Political Science at Western University.  Dr. Bousfield’s research focuses on technology, critical pedagogy, political economy, and resistance movements.  His publications can be found in journals such as Historical Materialism (2001, 2003), Perspectives in International Studies (2011), Sport in Society (2012), and The American Review of Canadian Studies (2013). 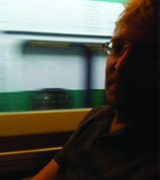 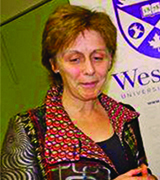 Dr. Jacquie Burkell
Associate Professor and Assistant Dean of Research at the Faculty of Information and Media Studies (FIMS) at Western University.  Her research focuses on the interaction between users and information, with particular emphasis on the influence of cognition on information use.  Specific aspects of this research include examinations of information-credibility assessment, the use of information in decision-making, and human-computer interface design.  Her publications include Color-Change as a Primitive Visual Feature (1988, co-authored with Zenon Pylyshyn), FINSTing Multiple Places in the Visual Field: Evidence for Simultaneous Facilitation (1993), and articles in a variety of journals.

Dr. J-P. Vergne
Associate Professor at the Ivey Business School, Western University.  Dr. Vergne’s research focuses on bitcoin, cryptocapitalism, and socially contested—‘pirate’—industries operating at the vanguard of capitalist economies.  His publications include The Pirate Organization: Lessons from the Fringes of Capitalism (2013) and articles published in journals such as The Harvard Business Review (2013), Research Policy (2013), The Journal of Management Studies (2014), and The Strategic Management Journal (2014). 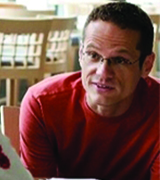 Dr. Mark Daley
Associate Professor of Computer Science, Biology and Statistics, as well as acting Associate Vice-President of Research, at Western University; Principle Investigator of the Daley Lab at The Brain and Mind Institute at Western University; Chair of the Board-of-Directors of Compute Ontario; and Science Leadership Fellow at the University of Toronto.  His research focuses on mathematical and computational modelling of genetic processes as well as the analysis and modelling of macroscopic functional connectivity in the brain.  His publications include On the Computational Modeling of Genetic Processes in Stichotrichous (2003) and articles in a wide variety of journals. 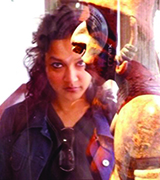 Dr. Nandita Biswas Mellamphy
Associate Professor in the Department of Political Science at Western University; 2011-2012 Interim Associate Director of the Centre for the Study of Theory & Criticism at Western University; Research Fellow of the Center for Transformative Media at Parsons: The New School for Design, NYC; Research Fellow of the Centre for War & Technology at University of Bath, in Claverton Down, UK.  Dr. Biswas Mellamphy’s current research focuses on Algorithmic Governance, Net-Centricity and the War on Terror.  She is author of The Three Stigmata of Friedrich Nietzsche: Political Physiology in the Age of Nihilism (2010); co-editor of The Digital Dionysus: Nietzsche & the Network-Centric Condition (2016), co-editor of a special issue of The Fibreculture Journal, and has published numerous articles on the intersections of philosophy, politics, and technology in various international journals.  Her current book manuscript is entitled The New ‘P.R.’: Public Relations and Posthuman Rationality in War, Cognition and Culture. 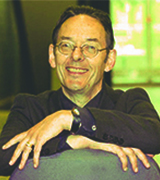 Dr. Nick Dyer-Witheford
Associate Professor and Rogers Chair in the Faculty of Information and Media Studies (FIMS) at Western University.  Dr. Dyer-Witheford’s research focuses on the political economy of information—that is, the relations between power, wealth and information/technology.  His publications include Cyber-Marx: Cycles and Circuits of Struggle in High Technology Capitalism (1999), Digital Play: The Interaction of Technology, Culture, and Marketing (2003), Games of Empire: Global Capitalism and Video-Games (2009), Cyber-Proletariat: Global Labour in the Digital Vortex (2015), and articles in a wide variety of journals. 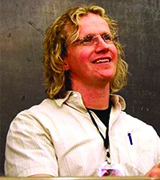 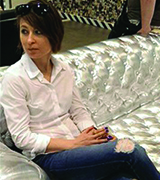 Dr. Svitlana Matviyenko
Lecturer in the Faculty of Information and Media Studies (FIMS) at Western University.  Dr. Matviyenko’s research focuses firstly on the work of French psychoanalyst Jacques Lacan and its relevance to the field of information and media studies, secondly (and currently) on information warfare—specifically in the context of the present Ukranian crisis.  Her publications include The Imaginary App (co-edited with Paul Miller, featuring several members of the Electro-Governance Group, 2015) as well as articles in journals such as (Re)Turn: A Journal of Lacanian Studies (2011), The Harvard Journal of Ukranian Studies (2015), and Fibreculture (2015). 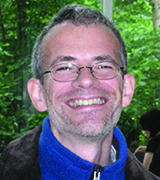 Dr. Tim Blackmore
Assistant Professor in the Faculty of Information and Media Studies (FIMS) at Western University.  Dr. Blackmore’s research focuses on the inter-relations of gaming, technology and war.  His publications include War X: Human Extensions in Battlespace (2005) and articles published in journals such as The Journal of Popular Culture (1998), Extrapolations (1998), and Mosaïc (2000). 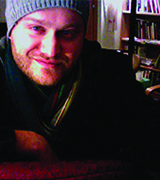 Tom Cooke
Lecturer in the Department of Sociology at King’s University College.  His research focuses on I research the ontological dimensions of hard-cryptography programming and their subsequent affects on issues of privacy in the era of ubiquitous surveillance, communication and critical security studies, and digital sociopolitics.  A list of his publications can be found at http://yorku.academia.edu/thomasncooke. 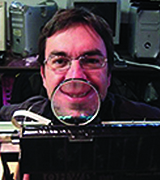 Dr. William Turkel
Professor in the Department of History at Western University.  Dr. Turkel’s research focuses on archives, digital/computational history, big data and big history.  His publications include The Archive of Place: Unearthing the Pasts of the Chilcotin Plateau (2007), Spark from the Deep: How Shocking Experiments with Strongly-Electric-Fish Powered Scientific Discovery (2013), as well as articles published in journals such as The Journal of American History (2008), Rethinking History (2011), and The Canadian Journal of Communication (2012). 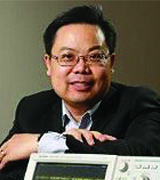